In May I was selected for a UK team that pitched various film ideas at Dragon Forum at the Krakow International Film Festival. I pitched my animated series idea Animal Operations Executive which was very well received by both the Dragon Tutors and other delegates. I'm now looking for producer and co-producer partners.

Its a World War II themed idea based around Winston Churchill's wartime cat Smokey - leader of the clandestine Animal Operations Executive - a fictional counterpart to SOE. The idea is to educate and entertain children with stories of animals fighting the tyranny of the Nazis in Europe and North Africa. 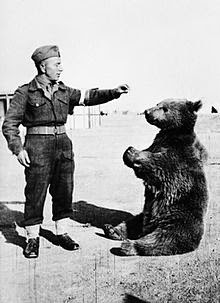 Some of the adventures could be based on real animals such as Wojtec the Polish fighting bear.  Others could be based on fictional stories based on real events. The Dragons thought it had real potential and shelf life. I was delighted to find out that a new statue of Wojtec was unveiled in Krakow on the day of my arrival - an auspicious omen I hope.

Krakow was a brilliant experience and I met loads of new people and made some new friends. I was delighted to meet Bill Siegel from Chicago who was screening his new documentary The Trials of Muhammad Ali. 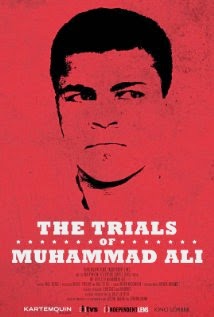 Back in the UK I attended an event for animation writers at the BFI. The event was put on by Melwood Pictures in partnership with Euroscript. Melwood Pictures are a new UK-based company aimed at developing animated features. There is renewed interest in animation following the governments decision to extend the tax credit.

Melwood is run by Max Howard and Ramsay McBean. Max has "created and run studios for Disney in London, Paris, Orlando and Los Angeles, working on some of Disney’s most memorable films including Who Framed Roger Rabbit, The Little Mermaid, Beauty and the Beast, Aladdin and The Lion King.  As President of Warner Bros Feature Animation he oversaw such hit movies as The Iron Giant and Space Jam.  At DreamWorks, he was co-executive producer for Spirit, Stallion of the Cimarron". Impressive.

I managed to pitch Scampenstein and some other ideas to Max and am waiting to hear back.