I'm going to be doing some screenings under my new Stickleback Cinema pop up label. These will be mostly at The Mockingbird Theatre Bar at the Custard Factory in Birmingham. They're letting me do some off peak programming for them.

I want to try and bring directors, producers, actors etc to Birmingham to talk about their films in order to educate and entertain the local filmmaking community and wider cinephile public. I'll also be doing themed and issue related event both at the Mockingbird and other venues. 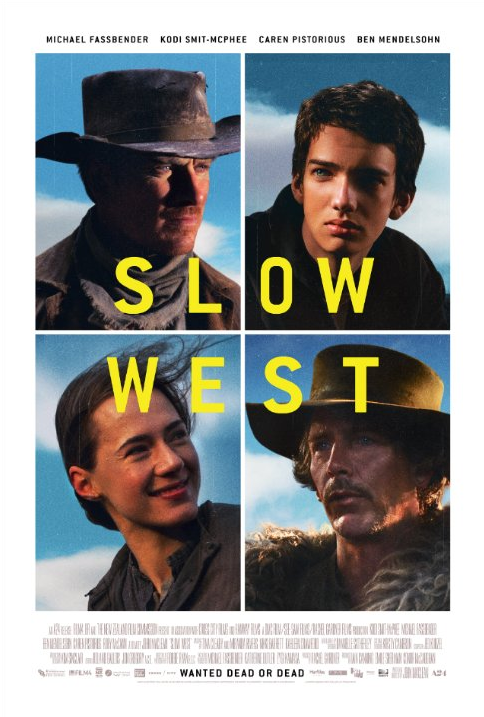 The next event is Slow West starring Michael Fassbender. This is on April 1st with a Q & A by writer/director John Maclean who has very kindly agreed to come up from London to do it. John has had an interesting career as he was in both The Beta Band and The Aliens before crossing over into film.

John won a BAFTA for an excellent BAFTA winning short called Pitch Black Heist which I'll be screening prior to Slow West. There's more information here on the Eventbrite page.

Shortly after that I'll be putting on a 50th aniversary screening of Cathy Come Home with a Q & A by veteran producer Tony Garnett who also produced the fabulous Kes. Thats on April 9th and will be a fundraiser for local homeless charity SIFA Fireside and Shelter. A 1998 Radio Times readers' poll voted it the "best single television drama.Tickets here

Cathy Come Home caused a public outcry on the issue of homelessness when it first came out so its going to be an interesting discussion with local producer and professor Roger Shannon asking the question alongside SIFA Fireside's CEO Cath Gilliver who will also be on the panel.

I'm told that part of Cathy Come Home was filmed in nearby Highgate which is just a stone's throw from the Mockingbird. It'll be interesting to find out more about the local connection.

Other films lined up include the Oscar winning The Kings Speech with producer Gareth Ellis-Unwin.

I'll also be showing Who Killed Nelson Nutmeg - a micro budget children's film made by two writer friends of mine Tim Clague and Danny Stack. They run the popular and informative UK Scriptwriters podcast. The film  was selected for the BFI London Film Festival which is a massive achievement in my opinion.